“Who protects us from you?” – MINUSTAH and Haiti 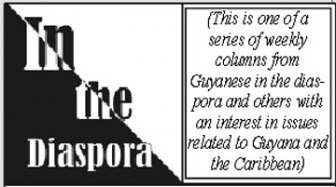 Almost two years after the devastating January 12th earthquake, the United Nations Stabilization Mission in Haiti (MINUSTAH by its French acronym) was given increased funding, personnel and an extended mandate to provide security and stability for the Haitian people. On October 4th, a Harvard based research group comprised of Canadian and US human rights advocates, doctors, journalists and public health experts released an extensively researched report which highlighted that the United Nations force has in fact been a continuous source of human rights abuses, helping to perpetuate the insecurity and instability they had been entrusted to fight.

Prior to the earthquake, MINUSTAH’s record was far from clean, as they had been involved in numerous scandals, related to sexual assault, political repression and the murders of civilians – including women, children and the elderly. In November 2007, 111 soldiers and 3 officers from a Sri Lankan battalion were repatriated due to allegations of sexual exploitation and abuse of Haitian minors.

A study of human rights abuses from 2004 to 2006 published in The Lancet, an independent, peer-reviewed medical journal, chronicled foreign soldiers issuing threats of death, physical harm, and sexual violence. Save the Children conducted an investigation in 2008, finding minors coerced into sex by UN forces for as little as 100 gourdes (2.50 USD). The murderous raids of Cite Soleil in 2005 (22,000 rounds were used in the 7 hour raid) and 2006 left nearly 100 dead, including a seven year old and four year old who were hit with bullets while they slept.

With this infamous past, one could only imagine that MINUSTAH had hit rock bottom in its involvement in human rights abuses and the popular opposition to the mission. Unfortunately for the Haitian people, this was simply not the case.

While incidents of sexual assault were a problem prior to the earthquake, the utter destruction of January 12th left over 1.6 million people without shelter, with tent or tarp shelters providing women and children a very precarious existence.

While the primary objective of MINUSTAH is to protect the Haitian people, they have failed miserably to provide protection to the residents of the internally displaced camps from sexual assault and rape.

Amnesty International noted that the “lack of security in and around the camps is one of the main factors contributing to sexual and other forms of gender-based violence,” stating that “protection measures have not been fully integrated into the humanitarian response.” According to a study by the United States Institute of Peace, 75% of camp residents interviewed said they rarely or never saw a single MINUSTAH officer in the camps.

This indifference to the attacks on women and children has led to an environment where acts of sexual assault, rape and violence can continue without the threat of punishment. As such, the thousands of cases of rape and sexual assault have led to the development of numerous internal security patrols made up of camp residents. Such organizations point to the total failure of MINUSTAH to provide any element of protection to the Haitian people.

In September, several investigative reports by Ansel Herz broke the story of Uruguayan peacekeepers sexually assaulting an 18-year-old Haitian man in a high-profile incident that was caught on video. Unlike the Sri Lankan contingent however, this time the accused soldiers are currently being held in custody until their trial.

Evidence has also emerged that MINUSTAH troops have frequently engaged in transactional sex with minors, often leading to pregnancy and the burden of raising children without support from fathers who generally leave Haiti after their deployment period.

MINUSTAH’s blatant disregard for the security of Haiti’s internally displaced extends to the very camps themselves. After the earthquake many camps were established on private land under the assumption they would be temporary. As the relief and reconstruction effort totally stalled, over a million Haitian people were subjected to threats of forced evictions – a clear violation of long established humanitarian laws. The first stage of the eviction process occurred through the cutting off of essential services such as water.

If that failed to depopulate the camps, the owners of the land would employ armed gangs to intimidate the residents – often resulting in physical violence and the destruction and burning of tents.

Despite the dedicated coverage by several human rights organizations, and the acknowledgement by UN Secretary General Ban Ki-moon in September 2010 that an estimated “29% of the 1,268 camps studied had been closed forcibly, meaning the often violent relocation of tens of thousands of people” – the UN has yet to actively intervene to stop these forced evictions. Excellent photo journalism by the group Bri Kouri Nouvel Gaye has documented the evictions here: http://www.flickr.com/photos/gaetantguevara/with/5901592659/

The most well known incident attributed to MINUSTAH is the introduction of cholera into Haiti by a Nepalese contingent based near the Mirebalais River. This link has been confirmed by independent reports by the Centers for Disease Control, French medical professionals, and an investigative study by the American Society for Microbiology which confirmed that the Haitian strain was identical to an earlier outbreak in Nepal. The United Nations has yet to take responsibility, or acknowledge their role in the outbreak. At the time of publication the cholera epidemic had killed 6,345 people – infecting hundreds of thousands more.

While unintentional, the cholera outbreak was due to the systemic negligence of both the troops and the United Nations, as untreated sewage was dumped into one of Central Haiti’s main waterways – a clear violation of camp procedure.

The cholera incident also reveals the deeper political economy of peacekeeping, as for many poorer governments such as Nepal, the provision of peacekeepers is an important source of national income.

The United Nations is exploiting the poorest elements of poor countries to suppress the demands for socio-economic justice and self determination in Haiti.

When the Haitian people have mobilized and rallied against the destabilizing presence of MINUSTAH, they do so at a tremendous personal risk, as unarmed protestors and bystanders have routinely been shot and killed by the force. In other instances, women and children have been gassed in the tent camps to disband the political demonstrations. These protests have both grown in size and frequency since the cholera epidemic began in October 2010, and carried on throughout the course of the exclusionary Presidential elections in November and February in which 14 political parties were banned.

In addition to protecting the Haitian people, MINUSTAH’s mandate clearly outlines that one of its primary goals is “to support the constitutional and political processes; to assist in organizing, monitoring, and carrying out free and fair municipal, parliamentary and presidential elections” yet it raised no objections to the well-documented electoral irregularities which occurred on November 28th, 2010.

The outcome of the Presidential election that systematically excluded the majority of the population has only contributed to the political instability of the country. Sensing this instability and lack of popular support, President Michel Martelly has expressed his intention to resurrect the currently disbanded Haitian army – a force which was infamous for its violent oppression of the Haitian people.

While the rationale for MINUSTAH’s presence in Haiti is “justified” by the United Nations through extremely vague technicalities under the Responsibility to Protect doctrine, most would agree that the presence of the force violates the sovereignty of the Haitian state. It was after all imposed upon the Haitian people in the aftermath of an illegal coup against Jean Bertrand Aristide, with the United Nations determining that “the situation in Haiti constituted a threat to international peace and security”. Former head of MINUSTAH, Edmond Mulet has justified this occupation in such explicit terms, saying that if MINUSTAH left the country it would “just fall apart”, and identified Haiti as “a society, community, a nation that has committed collective suicide.”

The argument against the Responsibility to Protect doctrine can fill many volumes, but it was best summed up by Yves Engler who asked “who gets to decide when a country becomes a ‘failed state’ or when ‘gross human rights violations’ were occurring?

With the help of Wikileaks, it was revealed that the new phase of “South-South” peacekeeping operations (as Brazil was and still is the primary partner in MINUSTAH) was exactly that, as it was a front for the realization of US geopolitical interests. The cables revealed that the “UN Stabilization Mission in Haiti is an indispensable tool in realizing core USG [U.S. Government] policy interests in Haiti” and “a financial and regional security bargain for the USG.” Further US cables went on to reveal that “A premature departure of MINUSTAH would leave the [Haitian] government…vulnerable to…resurgent populist and anti-market economy political forces—reversing gains of the last two years”.

If any gains have been made in Haiti through MINUSTAH, they have come at the expense of the Haitian people and their demands for democracy and social justice. If the United Nations was serious about protecting the Haitian people and respecting democratic processes in Haiti, it would divert the nearly US$1 billion annual budget for weapons and troops to sustainable initiatives to develop public sanitation, water, healthcare and educational facilities.

As it stands, MINUSTAH is a force which has compiled a notorious human rights record in Haiti, and as such has drawn the opposition of the majority of the Haitian people. The way to move forward in Haiti is to recognize and correct the mistakes of MINUSTAH, not to compound them through an extension of the force’s mandate. Since 2004 MINUSTAH has acted with total impunity under the “Status of Forces Agreement” which sets the norms for international peacekeeping standards, and has totally failed to achieve its mandate of protecting the Haitian people.

The mission has deteriorated to such an extreme state that serious considerations must be made about who will protect the Haitian people from MINUSTAH.
Posted by Kevin Edmonds at 11:39 AM