A Stellar Record of Failure: The IMF and Jamaica 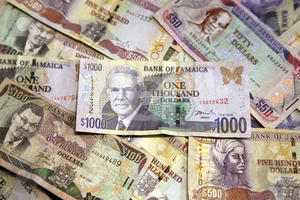 As part of her election campaign, Jamaican Prime Minister Portia Simpson Miller announced her intention of breaking ties with the British monarchy and becoming an independent republic. While no doubt a long overdue and symbolic act, in the wake of a newly released report on Jamaican debt by the Center for Economic Policy and Research (CEPR), a critical conversation about doing the same to the real (neo)colonial power in Jamaica—the International Monetary Fund (IMF)—should be a much higher priority of the Jamaican government.

While the economic fates and futures of entire nations hing on arbitrary indicators such as investor confidence and credit ratings, is Jamaica better off with the IMF or without it? Jamaica’s current economic situation is, to be blunt, bleak. Thus controversial questions must be raised over whether or not the IMF is actually providing the kind of help that Jamaica actually needs.

In most other professions, a 30-year track record of failure in the single task assigned to you would not normally result in a renewal of your contract. But with the IMF in Jamaica, this is exactly the case. The CEPR report does not mince words.

“Jamaica offers a stark example of the long-term costs that an excessive debt burden can impose on a developing country, especially when the interests of creditors are prioritized over the needs of the country as a whole,” it reads.

According to the IMF, in 2011, Jamaica’s debt burden was 126% of its GDP, making it one of the world’s most indebted nations. In addition, for 2011, Jamaica had the highest debt interest payments of any country in the world, calculated as a percentage of GDP. The report continues:

This exceedingly large debt burden has effectively displaced most other public expenditure; debt servicing has taken up nearly 50 percent of total budgeted expenditures over the last four fiscal years while health and education combined have only been around 20 percent. This situation is very problematic for a country of Jamaica’s income level, which should be able to invest in infrastructure and human capital, as well as have the financial flexibility to respond to frequent natural disasters and other external shocks.

As it stands, the implementation of the IMF’s current austerity measures in Jamaica have played a key role in intensifying the stagnation of the economy. “Although real GDP growth was positive in 2011, the economy remains below its 2007 level," states the report. "IMF projections suggest that Jamaica’s GDP will not reach 2007 levels until near the end of 2015. GDP per capita will still be below its 2007 level in 2017.”

While a share of the blame no doubt hangs on the actions of the Jamaican government, the country's Prime Ministers and their governments have had little room for independent or autonomous policy making outside of the constraints of the IMF. By and large, Jamaica has followed the rules set forth by the international institution, and Jamaica has had increasingly fewer and less powerful tools to draw revenue from. Due to this, the government now relies on grants and unsustainable borrowing to keep the economy going.

The long string of bailouts in Europe have not gone unnoticed by Simpson Miller, who in a March interview with Bloomberg, remarked that “If they could give a bailout like Greece, lord have mercy, you would see Jamaica grow and flourish.”

Simpson Miller has declared her plans to renegotiate the current terms of the IMF in Jamaica, but so far has made no public announcements about whether or not such talks have been successful. Two years ago, Jamaica did restructure more than J$700 billion of its domestic debt. Creditors accepted lower interest at longer maturities, saving the country around J$40 billion a year in debt-servicing costs.

While such renegotiations do open small spaces of action and ease some of the financial burden, they do little to change the overall structures of debt domination that Jamaica has to face. If the IMF was serious about bringing about development and prosperity in Jamaica it would reconsider its strict demands of austerity. Thirty years of IMF economic prescription has proved to be a failure for the country of Jamaica. But for big banks, foreign governments, and those interested in weakening the power of the country, it has been a success. It has generated significant interest payments and hollowed out the Jamaican state, leaving little for infrastructure development or social policies.

The report acknowledged the importance of renegotiations, saying, “Without securing adequate fiscal space to allow for additional public investment and social spending, continued engagement with the IMF and prioritizing deficit reduction is likely to keep Jamaica on a path of low growth and subpar social conditions.” While the IMF has made a shift away from “structural adjustment” to “poverty reduction partnerships,” but that is too little, too late. It is long overdue that the IMF own up to its responsibility in running the Jamaican economy into the ground. It’s time to look for new experts and sources of advice. Jamaica has been too good a friend to the IMF, losing much of its economic and political independence in the process.

Posted by Kevin Edmonds at 4:56 PM