Selling Citizenship in the Caribbean 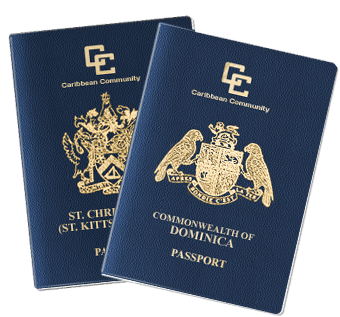 Due to the decline of the traditional sugar and banana exporting industries, many cash strapped Caribbean islands have been resorting to an unusual and controversial method to raise revenue—selling citizenship.

While economic citizenship programs already exist in Austria, Bulgaria, Britain, and Canada, they often take several years for the applications to be processed—while in the Caribbean it only takes a couple of months. While no specifics on the nationalities involved have been released, it has been widely circulated that those most interested in the economic citizenship program are primarily the wealthy from China and the Arab World.

Armand Arton, of Arton Capital, a financial advisory business based in Montreal specializing in immigrant investment programs, remarked that his firm “had provided advice to more than 500 families in 2011 and that 75% of them had been from the Middle East.”

Since September 11, there has been a crackdown on granting visas to individuals from Arab/Muslim countries, and as such Caribbean citizenship provides a way to avoid the travel restrictions. Furthermore, the political instability in Iran, Syria, and Egypt has provided an incentive for individuals to secure a second passport in order to access a distant safe haven such as St. Kitts and Dominica.

The Government of St. Kitts states that its economic citizenship program is open to “Investors of good character and repute” and that the program “facilitates you and your family's ease of travel throughout the world to over 100 countries visa free. Holding St. Kitts & Nevis citizenship also gives expansion on your business opportunities without being taxed on worldwide income.”

In St. Kitts and Nevis, citizenship can be obtained through two different methods. The first involves a minimum “non-refundable donation” of US$250,000 by a single individual to the Sugar Industry Diversification Fund (with an additional US$7,500 in government fees). The second way to obtain citizenship is through a minimum real estate investment of US$400,000, which is subject to associated taxes and fees.

However, this process is also evolving into more than just a straight forward cash for citizenship transaction and is now being folded into development projects. This summer, the Dubai based Range Developments announced plans to construct a luxury Park Hyatt hotel in St Kitts & Nevis. The developer has offered investors spending more than $400,000 to apply for citizenship of St. Kitts.

Munaf Ali, CEO of Range Developments, remarked that “Investing in the Park Hyatt hotel project will entitle you and your family to apply for citizenship of St Kitts & Nevis. This opportunity provides second citizenship to eligible individuals in 90 days and opens visa-free travel to more than 139 countries across the world.”
In Dominica, the fee for their program is $100,000—taking between five to nine months. Unlike St. Kitts, the process requires that applicants speak English and visit the island for an interview. It was estimated that in 2012 alone, approximately 1,500 people have applied for the citizenship investment program in St. Kitts and Nevis and 500 for Dominica. Dominica’s citizenship program has been less popular than St. Kitts due to the fact that there were travel restrictions concerning the countries of the European Union. However, that restriction is now in the process of being lifted, and Dominica should soon see an increase in the number of citizenship applicants.

Most recently, Antigua has joined St. Kitts and Dominica seeking to gain revenue off of granting citizenship to foreign nationals. That said, the country is also worried about the darker side of implementing an economic citizenship program—specifically in regards to whether the actions of the new citizens will jeopardize the freedom of movement for Antiguan born citizens. In the Jamaica Gleaner, David Jessop called for tight monitoring and regulation of the citizenship programs, as poorly enforced programs could lead to a rise in criminal activity or worse.

The lack of transparency of these programs has been noted domestically, as Dwyer Astaphan, St. Kitts former Minister of National Security, Justice, and Legal Affairs, remarked that that former sugar industry workers, intended to be the beneficiaries of the sugar fund, have no way of knowing where the money goes. Astaphan stated that “There's no transparency. Imagine making a contribution to a foundation to get citizenship of a country, but the inside information of the foundation is kept secret!”

Crispin Gregoire, Dominica's former ambassador to the United Nations has remarked that "I am not a fan of the economic citizenship program... As it stands, it encourages people with something to hide. I understand that it must be a big source of income for the state, but they're not doing a good job of regulating it."

Additionally, such programs highlight the inequality in resources between the new citizens of these Caribbean islands and the traditional population. It reveals the extent to which these economically vulnerable countries will go to gain much needed revenue sources. Due to their wealth, those with new citizenship have access to travel and investment opportunities which are out of the reach of the average Caribbean citizen. Without any transparency and regulation, the benefit to the populations of these Caribbean countries is outweighed by the possibility of losing their freedom of movement to countries which are home to large Caribbean diasaporas such as Britain, Canada and the United States.

The economic citizenship programs also provide a direct stream of income which could be captured by political parties if regulation and transparency is not adopted and made available to the public. While the popularity of these programs are still fairly new, there is no reason not to call upon the governments to immediately show where the money is being directed—as they now constitute important, albeit controversial, sources of revenue.
Posted by Kevin Edmonds at 3:18 PM 1 comment: 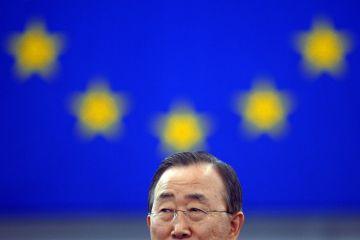 On December 11, the United Nations announced a long overdue initiative to end the cholera epidemic which has devastated Haiti for more than two years—taking over 7,750 lives and infecting 600,000 more. While the announcement by the Secretary General Ban Ki Moon is a welcome and much needed step, the ten-year plan is not without controversy.

Perhaps most practically, the Initiative for the Elimination of Cholera in the Island of Hispaniola remains largely unfunded. Of the $2.2 billion price tag, only $238.5 million has been committed. The initiative seeks to implement clean water and sanitation infrastructure in addition to public education and capacity building programs throughout both Haiti and the Dominican Republic. When pressed about the lack of funding, Nigel Fisher, the U.N. Resident and Humanitarian Coordinator for Haiti could only state that “I'm confident that more resources will come”.

Given that the only half of the $12 billion in pledges for the 2010 earthquake reconstruction effort have materialized or that a $30 million emergency request made earlier in the year only raised one-third of the intended amount, Fisher’s words do not inspire a great deal of confidence that more money is on the way. Furthermore, of the funds that did make it to Haiti after the earthquake, only 10% was directed towards government programs and public infrastructure.

Mark Weisbrot, Co-Director of the Center for Economic and Policy Research, stated that
“It is unclear where the money for this is going to come from, and whether the international community, which has chronically underfunded responses to disasters in Haiti, will treat this any differently, and actually put up the cash to stop needless deaths.”

In addition, Weisbrot put forward a practical solution in order to fund the initiative—by redirecting the money away from the highly controversial and unnecessary United Nations Stabilization Mission in Haiti (MINUSTAH). While the Secretary General made no mention of this, negligent screening protocols and sanitation practices introduced the cholera outbreak into Haiti. This has been proven through various independent scientific studies, the Center for Disease Control, and numerous high level U.N. staff such as Bill Clinton, and Dr. Danielle Lantagne, top U.S. cholera expert hired by the U.N. In October, Dr. Lantagne stated that "We can now say that the most likely source of the introduction of cholera into Haiti was someone infected with the Nepal strain of cholera and associated with the United Nations Mirabalais camp."

Weisbrot added that “There is no conflict there. The Mission’s $676 million budget should be spent instead on eliminating cholera.” This view has also been widely echoed in Haiti. MINUSTAH is widely considered to be a destabilizing occupying force, and given their consistent human rights violations, they are not popular with either the Haitian people or the politicians. A February Security Council Report argued that Haitian “Parliamentarians shared frank and mostly critical views on MINUSTAH. They called for the mission to compensate cholera victims and to swiftly punish those within MINUSTAH responsible for incidents of sexual exploitation and abuse of Haitians.” A January survey revealed that a large per­cent­age of respon­dents believed that MINUSTAH troops are or have been engaged in crim­i­nal activ­i­ties such as vio­lence, theft, and rape.

At his last address to the United Nations Security Council in April 2011, former President Rene Preval stated that the dangers of violent confrontation in Haiti were over and that “peacekeeping operations did not quickly enough adapt to the new situation”—and as such, tanks should be replaced by bulldozers. While the critique was conveniently made on his way out, Preval still managed to highlight the real source of Haiti’s instability, stating that  "I would suggest some thinking on the effectiveness of (the council's) interventions which have effectively led to 11 years military presence in a country that has no war... Instability in Haiti is basically due to underdevelopment—in other words, unsatisfied elementary socioeconomic rights."

MINUSTAH has been in Haiti since June 2004, when it took over from the Multinational Interim Force (MIF). The MIF consisted of troops from the United States, Canada, and France, which had been instrumental in orchestrating the coup d’etat which overthrew the democratically elected President Jean Bertrand Aristide on February 29, 2004. As such, MINUSTAH entered Haiti with the permission of an unconstitutional, unelected government and have been destabilizing the country and redirecting resources away from development towards tanks and automatic weapons.

The continued denial by the U.N. in regards to their role in bringing cholera to Haiti is highly problematic because without taking responsibility, there is no way to ensure that procedures are implemented to make sure that it never happens again elsewhere. By denying their role in the outbreak, the U.N. can attempt to avoid any legal responsibility for the damages and death due to their negligence. At the moment, the U.N. is facing a lawsuit filed by the Institute for Justice and Democracy in Haiti on behalf of the cholera victims which seeks compensation, the implementation of clean water and sanitation infrastructure, and a public apology. Lastly, the denial slowed down the implementation of the initiative, and the U.N. can now skew history to claim that they solved a massive health crisis which was not of their making.

Perhaps admitting responsibility for cholera would open the door to the many other problems attributed to MINUSTAH, such as its very controversial origins in a foreign sponsored coup or its mandate to suppress Haiti’s democratic movement.  Ban Ki Moon concluded his announcement with an interesting comment, remarking that “The United Nations has a long history in Haiti—many years of partnership in difficult times.” Not surprisingly, the Secretary General forgot to mention their role in creating and compounding the difficult times Haiti now faces.
Posted by Kevin Edmonds at 9:41 PM No comments: