CIDA Continues its History of Controvery in Haiti 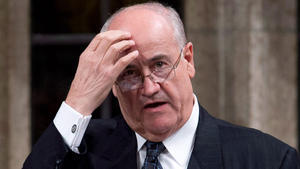 On January 8, 2013, Canada’s Minister of International Cooperation—and head of the Canadian International Development Agency (CIDA)—blindsided Haiti, the United States, and the United Nations by announcing through the media that he would be freezing any further distributions of development aid. The announcement made just before the three year anniversary of the devastating January 12 earthquake has since created a great deal of controversy for Fantino both within Canada and abroad, but so far there have been no signs that the decision will be reversed. Fantino’s reasoning for the shift was due to his disappointment with the slow process of reconstruction and thus attempted to justify this position by remarking “Are we going to take care of their problems forever? They also have to take charge of themselves.”

Such a poor characterization of the challenges faced by Haiti and the Haitian government’s handling of the reconstruction funds is neither fair nor accurate. According to the CIDA website, the Haitian government does not receive any direct funding and is not listed as a primary partner on projects dating back to 2006. In short, the reality is that the Canadian government does not in fact give aid to the Haitian government, it instead channels aid to multinational organizations and NGOs like World Vision, the Red Cross, Oxfam, and the World Food Program. Judging by the absence of any criticism leveled at such organizations by Fantino, it would be safe to assume that the systemic failure (meaning individual successes in a sea of failure) and siphoning of funding by the NGOs was not problematic.

While agreeing that the slow pace of reconstruction was a disappointment, Haitian Prime Minister Laurent Lamothe challenged the assertion that the Haitian government was the key figure to blame, stating that “For any future co-operation, when it’s decided to resume, we will ask the Canadian government to focus on the priorities of the Haitian government … Basically, the development assistance, because of the perceived weakness of Haitian institutions, was routed directly to NGOs (non-government organizations) and Canadian firms … That weakened our institutions.” Such has been the deeply politicized pattern governing Canadian aid to Haiti since the late 1990s.

While Canada has never released an official document outlining the reasons why they changed distribution of aid to Haiti, using the common practices of CIDA as a guide, it is generally assumed that they have followed in the steps of the United States by circumventing the Haitian government via NGOs. The United States has openly acknowledged this policy—outlined in the Dole Amendment—which barred USAID from directly funding the needs or projects of the Haitian government.

The Clinton administration instituted the Dole Amendment in 1995 after prominent Republican figures claimed that the murder of one of their most vocal anti-Lavalas, anti-Aristide supporters, Mireille Durocher de Bertin, was politically moti­vated. As a result of the restrictions upon aid to Haiti, the United States directly suspended $50 million of aid to the Haitian government, with the Dole Amendment being considered a part of a wider Republican plan to undermine President Clinton’s perceived foreign policy successes, leaving both the Haitian people and state as collateral damage.

A U.S. Army War College Strategy Paper released in 2001 candidly outlines the current policy of the United States towards Haiti, stating that “By keeping initial aid out of the hands of the Haitian government, the United States can ensure that corruption is minimized, while limiting the power of the Government of Haiti (GOH). Reduced corruption could be accomplished by bypassing the GOH in handling any USAID funds, working instead directly with Non-Governmental Organizations (NGO) to provide needed aid. Not only would this reduce corruption, but it would also demonstrate to the Haitian population that the power of the GOH is limited.”

Ironically, the United States aimed such harmful policies only at the Haitian government, which channeled a significant portion of funds towards instituting basic and accessible levels of public healthcare and education. For example, the Lavalas administrations of Aristide and Preval built more schools in Haiti between 1994–2000 than the whole prior period between 1804–1994 (Lavalas built 195 new primary schools and 104 new public high schools). With Aristide’s second election in 2000, the United States and Canada pressured the Inter-American Development Bank to block loans to fund Haiti’s water and sanitation programs claiming that the successful completion of the project would increase the popularity of the Lavalas movement. The importation of the cholera epidemic by the United Nations Stabilization Mission in Haiti in October 2010 has only compounded these aid failures.

It is important to note that while the pre-earthquake economic circumvention of the government via NGOs played a vital part in the undermining of the Haitian reconstruction process, Canada and the United States have also lent political support and funds to the highly controversial elections in 2010 in which 14 political parties were banned from participating – including Lavalas. As a result, the government of President Michel Martelly and Prime Minister Laurent Lamonthe came to power via the lowest voter turnout for a Presidential election in the Western Hemisphere.

Such political manipulation is not new however, as during Aristide’s second term CIDA  specifically channeled development aid to fund opposition groups such as the Group of 184 in order to destabilize the government. Prominent members of the Group of 184 were also linked to Canadian garment manufacturers Gildan, who operated sweatshops within Haiti. The opposition groups such as the National Coalition for Haitian Rights highlighted the human rights abuses alleged to have been committed by top Lavalas officials in an effort to undermine international and regional support for Aristide. With the success of the coup in February 2004, the very same CIDA-funded groups reporting on the alleged abuses of Aristide fell totally silent when the illegal regime of Gerard Latortue was carrying out widespread human rights abuses in the streets of Port au Prince.

With this troubled past of political and economic intervention in Haiti in mind, CIDA’s hypocritical accusations of corruption and mismanagement should be less surprising. With Haiti currently one of Canada’s largest foreign aid concerns, it remains to be seen how the relationship in regards to the freezing of development aid could degrade any further. Haiti has not been receiving the money collected for reconstruction efforts, but has instead been left to deal with the blame and accusations of corruption. As a matter of fact, when responding to the criticism about his decision to freeze aid Fantino remarked “We should be thanked upside down and sideways. We pledged $400 million over two years in March 2010 at an international donors conference and we are one of very few countries that actually meets its commitments.”

It remains unclear why the Haitian people should even think to thank Fantino, his predecessors, or CIDA. Fantino remarked that “Canada’s assistance will not be a blank check.” Indeed Fantino must be clueless to assume that Canada’s “assistance” to Haiti hasn’t been without conditions. At every opportunity CIDA has sought to undermine Haiti’s struggle for self-determination, choosing to empower corrupt industrialists, unaccountable NGOs, and political puppets instead of helping to build and support a Haitian state via a democratic process which would be capable of handling its own affairs.
Posted by Kevin Edmonds at 6:48 PM