Confronting Crisis: The Need for Political Innovation in the Caribbean 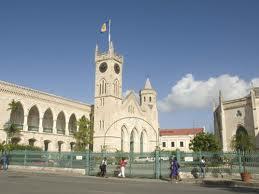 There is an alarming need for political and institutional innovation in the Caribbean. Across the region there is a familiar narrative whereby economies are in a tailspin, austerity reigns, traditional sources of trade and aid are no longer in effect, opportunities are harder to come by, and the aspiration of many youth is to simply get their hands on a visa to go abroad.

The obstacles to the achievement of genuine, self-directed development are so numerous and varied that Norman Girvan of the University of the West Indies has put forward that the Caribbean is currently facing what he calls “existential threats.” He defines existential threats as “a constellation of economic, social and environmental pressures that threaten the viability of our societies as functional entities in any meaningful sense. And these challenges are too wide in scope and too vast in scale for any one Caribbean country to cope with by itself.”

In a speech to the Barbados Chamber of Commerce, last year St. Lucian Prime Minister Kenny Anthony remarked, “Make no mistake about it. Our region is in the throes of the greatest crisis since independence. The spectre of evolving into failed societies is no longer a subject of imagination. How our societies crawl out of this vicious vortex of persistent low growth, crippling debt, huge fiscal deficits and high unemployment is the single most important question facing us at this time.”

While Prime Minister Anthony is indeed right, the current Westminster system of government in the English speaking Caribbean has done little to bring about any hope of substantive change on the horizon. Whether the party in power hails from the left or right side of the political spectrum in rhetoric, in reality they are just two different flavours of neoliberalism. The Westminster system and neoliberalism are two systems which are extremely effective at limiting any discussion of change or innovation.
In regards to neoliberalism, it is presented by thinkers such as Thomas Friedman as a system which makes politics largely irrelevant. To Friedman, once a country commits to cutting taxes and social spending and a broader agenda of privatization and deregulation, the range of political choice becomes decidedly narrow. He remarks that

That is indeed what many of the political parties in the two party system of the modern Caribbean represent—Pepsi or Coke. The very nature of the Westminster system limits innovation due to the 18th Century ideals of “party loyalty”—when the old cliché that “dissent is the highest form of patriotism” often rings true. Just because the colonial institutions are in place, there is no need for them to remain there. While it will be a bumpy process to bring about change, outside of the politicians who benefit, one would be hard pressed to argue that such a system benefits the Caribbean as a whole. New Zealand shifted from the Westminster system to a more representative mixed member proportional system in 1994 to better suit their needs. In Canada, and even in the United Kingdom, there are growing calls for a shift towards proportional representation, as the traditional political parties have become so alike there is no space for alternative points of view.

While the Westminster system in the Caribbean was praised in academic circles for bringing stability—during the past 20 years numerous crises have grown increasingly more severe, as crime, hurricanes, debt, and declining opportunities for trade are making life more difficult for all in the region—is stability and the maintenance of the status quo really a good thing? What will it take for the change to occur?

The imposition of the Westminster System of Government upon the English speaking Caribbean did not come about because it was the right or most rational thing to do—it was done because it was the easiest thing to do. While there are indeed deep structural issues related to the Caribbean’s position within the international economy, it does not mean that nothing can be done. During the time of Margaret Thatcher’s “There is no alternative” there emerged a massive uprising to neoliberal policies throughout Latin America which can be witnessed in the institutions emerging there today. There will be calls that the current situation makes it too difficult for anything to be done. It would be important to remember that those very same words were often uttered the same day that people stood up for their rights, demanded change, or simply skipped asking and did it themselves.

While Caribbean-created solutions for uniquely Caribbean problems is undoubtedly the best way to move forward, it does not mean that inspiration cannot be gained from looking towards the current processes of institutional innovation occurring in Latin America. While much of the Caribbean was relatively stable and showing progress in the 1980s, with the period of “Green Gold,” most of Latin America was facing what is known as the Lost Decade—as progress on economic growth, education, health and equality all declined. One could argue that the 2000s are the Caribbean’s Lost Decade—only set on repeat.

One key aspect that should be dealt with on a more concrete level is the idea of regionalism. The political fragmentation of the Caribbean only magnifies issues of trade, governance and development—regionalism is an intriguing proposition. As Tennyson Joseph of the University of the West Indies highlights in his brilliant critique of the current political system in the Caribbean, the lack of a regional party in the Caribbean is a major problem.

In Latin America, we have seen a dramatic increase in the development of political institutions to bring about increased popular participation and deeper regional integration. While certainly not everything has worked as planned, they must be applauded with trying to create and maintain an alternative to the status quo which was deeply dysfunctional and in many cases damaging. Given the calls from voices in academia and government of an imminent crisis on numerous fronts—in addition to the millions of people dealing with it firsthand, what will it take for the Caribbean to try and transcend the legacy of the Westminster System, which stifles innovations to confront neoliberalism? The best way to deal with a problem is to try and prevent it in the first place—political innovation will not solve everything, but given the alternative of continuing to do nothing, is a step in the right direction.
Posted by Kevin Edmonds at 2:25 PM