Revisiting the Cincinnati Enquirer vs. Chiquita 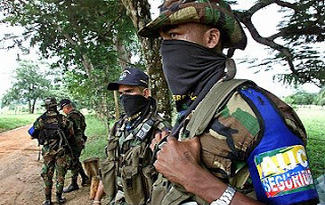 Given the ongoing debate surrounding Edward Snowden and Bradley Manning—and whether or not they committed a crime or acted in the public good—it is fitting to revisit a case that showed how the “illegitimate” gathering of evidence was considered a more serious crime than that of engaging in widespread murder, bribery, arms trafficking, and knowingly poisoning the environment of communities throughout Latin America. It is the story of the Cincinnati Enquirer vs. Chiquita Banana.

In 1998, Mike Gallagher and Cameron McWhirter, two investigative reporters from the Cincinnati Enquirer, published an 18-page expose which revealed that Chiquita banana (headquartered in Cincinnati) was engaged in wide ranging human rights abuses and environmental crimes. The journalists had worked with Chiquita lawyer George Ventura, who provided access to Chiquita’s internal voicemail system. They were able to obtain confidential information about Chiquita’s role in widespread criminal activity by monitoring internal communications.


Shortly after the publication of the story, the Cincinnati Enquirer had to issue both a retraction and apologize not for the acts being untrue—but for the way in which Gallagher and McWhirter gained their information. In addition to the apology and retraction, the Cincinnati Enquirer was forced to pay Chiquita a settlement of over $10 million for damages. Both Gallagher and Ventura were convicted of stealing Chiquita’s internal voicemails—with Gallagher being immediately fired from the paper. The ruling was a clear statement that investigations of corporate wrongdoing was subject to severe punishment and should be discouraged by the example set by the Cincinnati Enquirer. While the articles were retracted, they are still available here on the WikiLeaks website.

Clearly with the case of Chiquita, it did not learn its lesson—as the damaging reports from 1998 did nothing to stop it from admitting to paying Colombian right wing death squads in 2003. Represented by current Attorney General Eric Holder, Chiquita claimed that they were being extorted by the groups and had to pay the money in order to protect their workers. Mario Iguaran, the Attorney General of Colombia claimed otherwise, bluntly stating that "this was not payment of extortion money. It was support for an illegal armed group whose methods included murder."

Simply, the attempt by the court system to erase any wrongdoing from Chiquita’s record allowed it to continue with the status quo and terrorize communities throughout Latin America. According to Iguaran, Chiquita's payments to the AUC paramilitaries (an organization listed as a terrorist organization by the U.S. State Department) led to the murder of 4,000 civilians in the banana growing regions of Colombia and funded the growth of paramilitary organizations throughout the country. Additionally, court documents have shown that a shipment of 3,000 AK-47 assault rifles and 5 million rounds of ammunition from Nicaragua to Colombia in 2001 was invoiced to Chiquita.

This shows the double standard that exists between the people on one side and corporations and the government on the other. In the Snowden controversy, the Obama administration has defended the actions of the National Security Agency by stating that their monitoring of the civilian population allowed them to prevent terrorist attacks—thus Snowden is a criminal and the government was seeking to protect the public. In the case of Chiquita, Gallagher, McWhirter, and Ventura exposed the criminal activities of a multinational corporation with close ties to the United States and Colombian governments in addition to terrorist organizations—yet they were the ones who were punished. It was only five years later in 2003 that Chiquita was forced to pay a $25 million fine for their criminal activities throughout Latin America—with none of the money going to the affected communities.

Despite the U.S. Justice Department stating that Chiquita's payments to the paramilitaries ''were reviewed and approved by senior executives of the corporation, to include high-ranking officers, directors and employees,'' they did not list specific names to avoid wider measures of accountability. What the Cincinnati Enquirer revealed about Chiquita Banana was the stranglehold that corporations have over the legal system and the double standard regarding the application of justice. The courts deemed that the crime committed by Gallagher, McWhirter, and Ventura was more serious than the multitude of crimes committed by Chiquita.
In the end, the issue of whistleblowing and the government's response is dictated by unequal relationships of power. Actions which challenge the status quo and shed light of matters regarded as inconvenient by governments and multinational corporations will be portrayed as illegal or unethical, while those which seek to further cement the legitimacy of everyday criminal activity by the powerful is applauded. Eventually, in July of 2012, Gallagher had his record expunged by the courts, but not after having his career destroyed and his courageous work silenced.

One glimmer of hope regarding Chiquita being held accountable for its criminal activities is the ongoing lawsuit in a Florida court brought about by thousands of Colombians, who are the relatives of victims, in seeking to hold the company accountable for murder, torture, and environmental destruction. Villagers allege that the death squads used “random and targeted violence in exchange for financial assistance and access to Chiquita’s private port for arms and drug smuggling.” Furthermore, over 5,500 pages of documents contradicting Chiquita’s claim that it was extorted by Colombian paramilitaries have been released and are available online here. Chiquita’s continued involvement in criminal activity highlights how large and influential corporations feel as if they are above the law. Openly lying to the court and paying a relatively small fee in proportion to the damage they have caused across Latin America is not evidence of justice—it is blatant evidence of corruption which go up to the highest levels of government.
Posted by Kevin Edmonds at 1:02 PM