In St. Lucia, Freedom of Speech is not All-Inclsuive

This was supposed to be an article about tourism using the island of St. Lucia as an example.  It was supposed to highlight the many valid criticisms which arose in opposition to what many consider to be the dominance of a sweatshop model of tourism, what can best be described as being neocolonial in nature. However, it has just turned into something much more troubling. It has revealed that the critique of neocolonialism on the island, particularly regarding tourism are well placed because in fact those who benefit from it in one way or another are seeking to silence one of the island’s most accomplished and outspoken journalists. 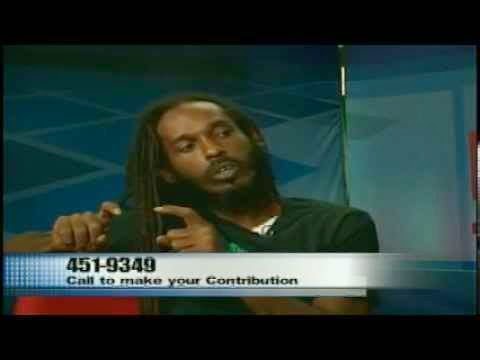 Jason Sifflet, and established journalist and the author of the Flogg Blog, which has arguably become St. Lucia’s most popular political blogs, has found himself on the wrong side of Google’s censors. Citing a breach of their terms and conditions due to what they referred to as “hate speech” his blog was taken down on August 30th.

To put things into context, Sifflet’s blog was widely popular precisely because it refused to spare any politician or industry figure from harsh criticism. While the dust is still settling on the matter, it appears that this was the very same reason why it was taken down.

A series of recent posts on the Flogg Blog sharply critiqued the St. Lucian tourism industry, discussing such topics as high level corruption, crime, money laundering and bluntly stating that it is creating an apartheid like system on the island. Heavy stuff, no doubt – but it was excellent, much needed stuff.  You do not find this kind of pointed critique in The Star, The Voice or the Mirror. This is because one would be a fool to think that the mainstream media in St. Lucia or anywhere else is divorced from power. It acts as little more than public relations for the power – allowing critique to fall within a very narrow, previously agreed upon spectrum. Go outside of that and you are in trouble. See Jason Sifflet as Exhibit A.

For example, why should the people of St. Lucia champion a political party or “leader” who seeks to grant 40 year tax incentives to the multimillion dollar corporations who dominate the tourism industry? Why is this the only option for the island? Is it based on reality or faulty ideology?  As I recall, it was not so long ago that the government of Bangladesh and its industry leaders used to boast that they had the cheapest wages in the world. The boasting lasted until the buildings started to collapse and the people started to riot, form unions and attack management. A race to the bottom is a competition St. Lucia should stay well away from.

Normally hate speech rules have been in place to protect minorities (be it based upon race, colour, religion, sexual orientation, nationality, etc) within a society from attacks from the state, the powerful and extremist groups. It is obvious that the definition of hate speech covers a lot of ground. But we should be clear that criticism is not the same as hate speech. Rarely is the invoking of hate speech used as grounds to protect the wealthy and powerful – as the economic and political systems in place are already setup to take care of that.

It is common knowledge that the Flogg Blog does not go out and roast the malewe – because frankly they deal with enough shit everyday – so in many ways the Flogg Blog worked to amplify their voice and the voice of the disillusioned. What we are seeing with the case of the Flogg Blog is that the interpretation of what constitutes hate speech is actually violating freedom of speech on the island and the wider internet in general. Whether or not you agree with the Flogg Blog – that is not the point – it is that his right to say it is under attack. 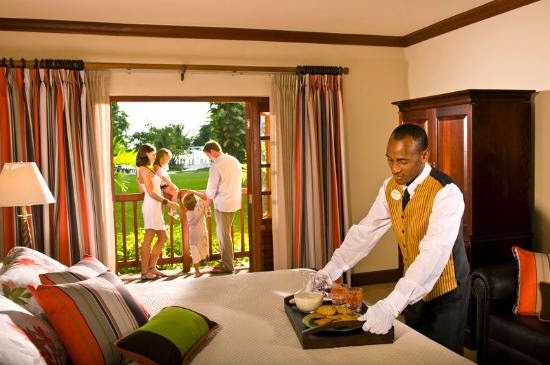 I guess it also comes down to the fact that when people Google “St. Lucia + tourism” they shouldn’t have to be confronted with the uncomfortable truths about the industry – or the perspectives of the people who reside there. Heaven forbid people connect the dots and see the historical continuation between the “subservience with a smile” of those who must work in all inclusive tourism, the hoteliers who do their best to strip the workers of their dignity and the island’s colonial past rooted in racial and class hierarchies. Aside from the brain freeze, it makes drinking a daiquiri by the pool a little more uncomfortable.

While St. Lucia does not have an official political dictatorship, the curtain is starting to fall on the economic dictatorship behind this act. Criticism of the tourism industry and the figures who dominate it is not a hateful act. What Jason Sifflet and the Flogg Blog did was to educate the people about the reality of power and the economy on the island. If that is considered a hateful act or a form of intimidation, consider the values of the current society that we live in – and what we need to do to change it. #BBFB
Posted by Kevin Edmonds at 11:54 AM